A love letter, nature versus phone, and an ode to just walking

6:30 am, Saturday, a Los Angeles suburb ... A wild wind that shakes the trees and knocks over the plants and yet, caresses my face. It Is almost warm. The trees singing as they dance, calling to me. No persons but for me, me and Henry.

The way the sky lights grey before the sun appears. The way Henry bounds through a yard of two foot clover taller than him. The way that last star- or is it a planet?- clings to the western sky.

And at home, all
Of this,
I remember.

And sad things, too. The litter, the uncared for empty pill bottles where once there was weed. The half empty bag of Cheetos. The notes from someone's 5th grade class, scrawled in careful lettering, a little girl with a crush. Thank god she didn't text.

A forlorn Christmas tree wrapped in plastic. One of the last of its kind at the end of January.

And childhood walks through the wood, and a deep winter peace and the quiet sleep of snow, and the way your ears catch a phrase and you chase from whence it came because you don't know if it's a song or a poem or a love letter.

This is a love letter.

But now the time runs scantily thin and we are each the slave of our moment in time- dreaming of boredom, drinking in clouds. 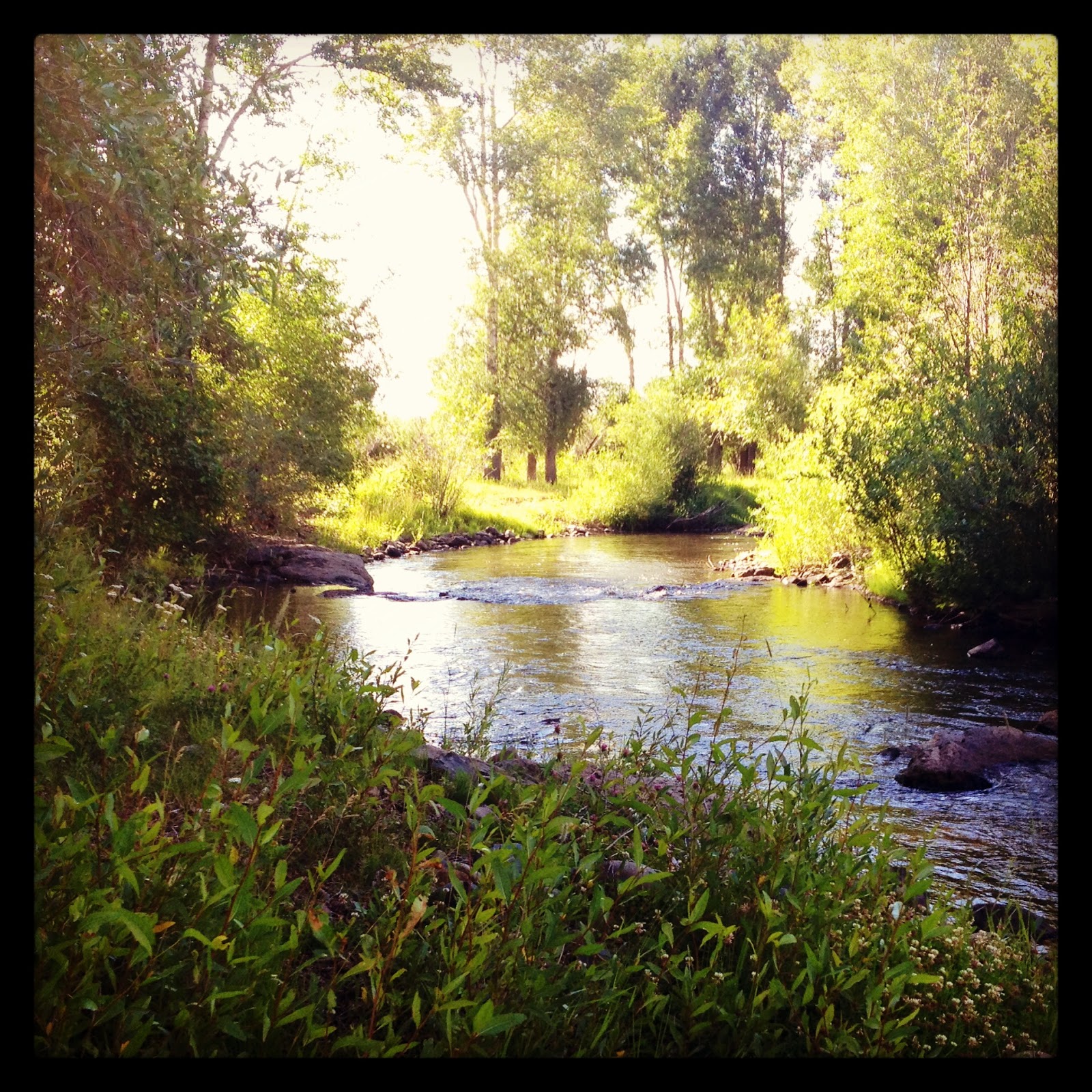 This PMA is giving me whiplash.

Well, day whatever of not putting myself down as part of my promise to a random yoga teacher has been disrupted by a fantastic movie that reminded me of who I really am: Whiplash.

But first, my progress. If you read my blog on the 13th, you will have read the lovey dovey Pisces Erin who was full of transformation toward rose colored glasses and peace. She's our favorite Erin because she is the nicest and happiest... or is she? Anyway, here is my progress.

I have not mentally nor verbally put myself down once.

I have looked in the mirror at my stomach and judged myself three times.

I have looked at my thighs and judged them five times.

And by judge, I mean, I was really negatively appraising them, but not with specific words. More like a general, all around grimace.

Then I got to wondering. If I eat cookies late at night when I'm not hungry but merely full of anxiety and frustration, is that putting myself down?

I decided that it was, because it was an act of self sabotage and not in my best interests. So I count that as twice.

Then again, anything to tame the inner beast which COULD get worse if not periodically fed cookies, right?

But overall, guys, really, I have not been putting myself down at all.

The minute I go into a crisis in my heart (and it starts like this: "My talent is going to waste." "I am this age and in debt and haven't made it and still part time massaging for a living. What a waste of my intellect! and voice!" etc.) or mind, I simply stop thinking and stewing, and instead get to writing, or practicing, or composing. I'm almost one with draft one of my second novel, and I composed two songs and edited my one woman show, and I am about to begin arranging the song I am recording for the Italian film this spring, and I applied for two fringe theater festivals this summer. THAT is the power of not listening to the inner DEMON of "not good enough" or "my ego is so very huge and I am so very misunderstood." HA!

Then, tonight, after work, I went to see "Whiplash" with my good friend Tom.

Now, those who really know me really well (a client of mine, really, only Allen) have been telling me, "ERIN! You of ALL PEOPLE have to see this movie!"

I knew I had to and I don't know what took me so long except that I am so glad I saw it.

I won't give spoilers, but let's just say it's about a talented kid at a music conservatory and his incredibly difficult teacher. Some might say abusive or oppressive. I say loving in the way only musicians and artists at a high level understand.

The movie is fantastic. Really. The music, the acting, the editing, the cuts. Just like great jazz.

After the movie I was listening to one of my favorite podcasts, Filmspotting, talking about how the movie could be a sort of personality test. It would separate people into a few groups: those who would never justify the teacher behavior EVER (or student's! He was as crazy as the teacher) under any circumstance; those would maybe think maybe just maybe but not really; and those who are like, justify what? That's how it goes.

I didn't realize the first two were even options.

But then I brought it back to my NOT PUTTING MYSELF DOWN challenge.

And this whole not putting myself down thing. Where does it fit in with my artistic dissatisfaction?

I feel like artistic dissatisfaction is REALLY important. I am not talking about perfectionism. That's for people taking Psych 101 in community college. (Crap. My ego is back.) No. I am talking about that aspect of art or music or acting or science or math when you go beyond facts and figures and slides and schedule, and into the realm of the mystical. It's like there is this divine thing and it is infinite in its refinement and we just get to touch that... there is no end point, just the constant leaning in toward that refinement. And that- that is everything.

One who kisses the joy as it flies
lives in eternity's sunrise....


So I feel really good about barely putting myself down hardly at all about things that are not real... i.e. fat thighs. Bunch of distracting bull$hit really, designed to keep me from passion and life.

And I feel really dissatisfied as an artist and only wish it wasn't 1 am and that I wasn't dead tired because I want to work on my projects...

Until tomorrow morning then, sweet obsession.

Blake's poem:
He who binds to himself a joy
Does the winged life destroy;
But he who kisses the joy as it flies
Lives in eternity's sun rise.


*my interpretation:
to be attached to the outcome via an external force (awards, money, etc) holds you BACK from the freedom and deepening of the art. In no way am I turning down awards or money But those things are SECONDARY to the breathing in and out of life force via one's gifts.

Working on those PMAs...