poetry and fiction- recent works and works of yore

I've been busy writing- a new novel has come into my ethers and so I've been spending time working on plot, researching, getting to know all the characters... how they think, where they live, who they love and why.

In the meantime, please enjoy this poem:

Oh, life, how you flow into yourself, and into me,
Astonished, a pearlized heart and a smile of stardust,
And the places I have gone, and ballerinas in music boxes,
and the smell of the pine trees in the clearing,
and the people I have smiled at, and the homeless ladies
and the window dressings and the forgetting of sadness
just in time to remember it again as a sort of faded name on a dance card
from the days when such a thing pertained to a courtship...
And the people who smiled at me, and who did not look past,
and who did not keep going but who, in me, saw sister,
daughter, friend... and the poems, pages and pages and pages of poems,
and you, and a secret keyhole in your heart that only I can fill,
and the delighted surprise at the realization that somehow
I have unlocked my way into the memory of your future...
Posted by Erin at 10:43 AM

...Because the radical act is to be happy. To follow your heart. To connect to people and love them even if they're wrong about stuff, and if they don't love you back when you're wrong about stuff, what do you care? Love them anyway. And then remember that true love doesn't enable and you don't have to put up with disrespect in the name of love, and love will sometimes be from far away...

...But back to following your heart, and how hard that actually is, and the navigation of the rushing white waters of the river of your life, and how much energy you really have and thinking about your heart now AND then, not to future trip but simply to let go of everything and honor the self and that might include honoring the niggling doubt not because it's true but to allow yourself to investigate all those feelings and explore...

...and being willing to stand out and apart sometimes...

...and still connecting to people, the people who matter, and you might never get to know until you are five hundred and thirty seven years old, and what the hell is the point of any of it anyway?

...and being willing to then, after sitting with all those feelings, not in the head per se, but in the heart, purely, and in the body, and in your blood, and in your toes, and as you cradle a child (or in my case, a pet), or touch the rough ridges of a tree, or pray before your deity, or bow your head because you are still a human creature and such creatures do experience fear and welcoming it as a friend you get to care for because she is dying of cancer rather than shun her and ignore her because she is dying of cancer seems the more loving response for everyone, and especially for yourself...

All of this great humanity,

this is the radical act that we are being called upon to take,

allowing all of life and saying,

maybe sometimes I do,

but this day is mine.

I shall lead, I shall follow. I shall offer, I shall receive. I shall weep. Laugh. I shall dance badly, and I shall sing well. I shall listen, listen, listen to the silence within, listen, listen, listen to the words as you are speaking them. I shall listen to the music and the starry starry night. I shall come forward with my hands open, asking for more, for reasons, for help. And then those hands open shall be ready to work, to build, to pound nails and plant seeds. And the seasons and the beatitudes and the tides and the turning and this is the stuff of life and we are born and then we die and every day we die again and let this take your breath away so that you may join the heavenly choir. Temptations sing... oh, glory, jewel of the nile, childhood things, wonder, mystery, discovery, all making things like taxes tolerable, all things like the power bill and heartache tolerable, tolerable, tolerable.

The options are yours, then. Will you allow life to be radical, or tolerable?

You think happiness is a gift, and then you learn it's a practice.

Then you think happiness is a practice, and you realize it is a radical act of defiance.


p.s. you can also replace the word "happiness" with "love."

When the bat cracks on the ball-

on the inside of that sound,
if you stretched it out a thousand years,
you would hear the yearning sigh of a mountain.

My body is so rigid with desire,
with hopes, and sunshine, and wet on fresh cut grass-

The ball flies and the game runs its own pace,
and the mountain dreams and the clouds move along to the next sky.
Posted by Erin at 7:35 AM

Amidst my avocations, distraction and demons,
and music, strains from another room.
Today the metamorphose is incomplete, and I have awakened as J. Alfred.
I am falling, again and again I am falling, you see,
and willfully, and against my will, an ancient pain,
sweetly, sensually, unrootable:
vines from a mobius strip wrapping round my body,
chains made of a flesh eating green, like a venus fly trap,
a nature, a desire. I want it. I fear it. It is me. It is he. It is all of us at once.

If ever I had known how to never
allow bitterness in my heart,
then I am child-like now, and so imagine my
shock at my own self-dismay,
as from all my shadows emerge, dusty, now dusting off the drapery,
the drudgery, engaging, on fire, a Demon.
like the brightest star that fell from the heavens,
plunging e’er deeper into the murky sludge, the far corners of paradise,
rising up now, the mists of eternity clearing way for that
truth greater than all facts and figures, the inhuman form
which whispering, places a single icicle of fear in my heart.

Oh, love! To be Juliet. To have died within moments of the first sweet lock,
to never know the other side of purity.
But I am not asleep, and nor am I awake.
I am breathless, I am all the breathing of the sky,
a billion stars shining in the heavens,
a single pebble on the sand.

No, I am no J. Alfred. Nor was meant to be.
And in the room, the girls giggle, talking of

I am singing!
(Each to each.) Which means-
the mermaid-
is me.

ah, drawing breath again, do I dare to be a human?
Emerging from this sea of crystal thoughts, wearing a crown of anemone and kelp?
Do you see? These waves are your dreams,
and these pink shells are recompense for your hopes that washed away
where once you wrote them along the beach,
and these glistening pearls within are made rarer, truer, more valuable in your eyes.

If you say so, I will remove my fishy scales,
lay down my cerulean triton, and emerge

And if I say so, too, then the human voices waking us shall be our own.


(and it will have been worth it, and we will never know what we meant.)

This blog was originally posted on Apple news via http://markhusson.com/12blog/2018/3/3/parakeets-in-india#.Wprv69QrLGg. 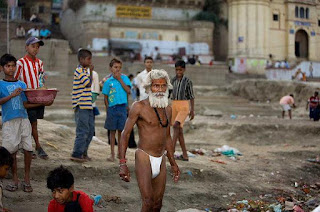