The Top Seven Things I Learned Doing A One Woman Show

(The Top Seven are after the thank yous, at the end!)
The retrospective…

Well, it has been only a few days since the final performance of StandUpera! There are so many things I learned throughout the experience and if I hadn’t been so busy, I would have preferred to have blogged throughout! But since I was writing, producing, promoting, AND performing…. Well, no excuses! I’m here now and that’s what counts.

Thanks to Nell Teare for being a thoughtful director who would accept ONLY my total honesty.

Thanks to Kimberly Tompkins for being our patient tech gal!

Thanks to everyone who gave their time and energy to the creative b-roll: Rick Canter, Boyan Deam, Steve Feit, Daniel Vogel.

Thanks to everyone who helped in many other ways: Sandra Kuker and Anita Lee… Laura Seldon, Kevin Seldon. David Sparks at Hawthorne Media. ANZU LAWSON and GRACIE RAE! Raul Guzman. Kari Hall.

Thanks to Cathy Carlson for pushing me. Thanks to Jenna Edwards, Hanie Lynch, Rick Sans and Cassie Ramoska for notes and direction and ideas. Thanks to Lou Santini for coaching and jokes!
And THANK YOU to Carlo Carere, the love of my life, for supporting me emotionally, romantically, musically, and as an ear to the music and an eye to the script.

Oh! Finally, THANKS TO HENRY MONSTER THE MUPPET! The true star of the show, teehee!

Thanks to all the other Fringers I met and shared my triumphs and struggles with over cocktails or tea- there are too many to list here but I would especially like to include Jeremy and Chrisi Saje, Emily and Elizabeth Hinkler, Andrea Amani, Ed Goodman, The Brazen Booties and Rara Carlson, Megan Dolan, Emily Donn, Kelly from Count of Monte Cristo, and all the ladies of the LAFPI.

What have I learned?

1. My life is interesting. Especially the parts that are the most human and that I was most nervous about sharing.

6. People laugh at the things you might not think they will laugh at… and they will listen when you least expect it!

7. Every story is a love story. (Thanks David Foster Wallace, and Tom, and Carlo, for that.)

I WILL be creating a little multimedia piece from the show to put up online. I really don’t know what’s next, if anything, for StandUpera! Lots of people suggested I pursue Ted Talks, or performing it in colleges and universities. I am taking a little break to focus on a few other singing and writing projects and then I will know more. I do believe I will share pieces of the script here on the blog and on the website… as well as songs from the show and some fun little zingers.

Until we meet again, in various forms, musical or written or visual or in dreams…. 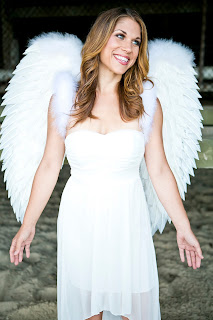 Recently, I have been thinking about my favorite movies...

Well, who am I kidding? I am always thinking about my favorite movies...

So I thought I would start a blog with a running list discussing my favorite movies and why!

Mind you, these are not the *best* movies, but my *favorite* movies...

IN NO PARTICULAR ORDER, HERE IS PART ONE!

I saw this movie as a young girl. My mother and I went to see it in a theater that used to be in downtown St. Cloud, MN. I mean, it may very well still be there, but I haven't been there in so long! After the movie, there was a live polka band in the downtown St. Cloud Square outside of Herberger's Department Store. After that, we rented it for family functions so many times we eventually owned it. This is a movie that my siblings and I- and now, my partner- can all quote, and do, often.

Why I love this movie:

First of all, I have always loved movies about con artists. When I was a girl, I always wanted to be a movie star, singer, novelist, jewel thief, and con artist. Ha!

Of course people who know me personally know that Steve Martin is one of my heroes, but so is Michael Caine! Michael Caine's book on acting is one that changed my life as well as my approach to being an actor.

I LOVE the scenery, and the music, and the hilarity and laughs of COURSE! Steve Martin's ability to go from vulnerable and accessible to over the top and crazy (yet still somehow real) is up there with the other great comedian, Peter Sellers.

But REALLY, the OTHER reason I adore this film, is that it is the woman who seems the most unlikely who ends up being the greatest master mind of them all. Not just that there is a twist to the story, but that it is a girl next door who is the most brilliant and this game of wits and wiles... that makes me so happy.

I saw this film as one of the Oscar Nominated Animated Films for the year that "The Artist
won best picture. No offense to The Artist, but THIS MOVIE KICKS ITS DERRIERE. It's an animated feature film, but it's sexy, and full of longing, and lust, and loss, and love, and joy, and laughter, and smiles, and did I mention jazz? Incredible Cuban jazz?

I haven't had as much time to blog due to moving and teching my Hollywood Fringe Festival show, StandUpera! I will be writing again more as the show opens. I wanted to let you all know that you should come down and see the preview TOMORROW, JUNE 5th, 2015!

Here's a note I sent out to a group of friends-


Hey all,
Erin Carere, nee Muir here; award-winner as a playwright, comedy short film producer, and singer songwriter! Also, classically trained singer who has appeared in all kinds of things from indie films to TV shows to Broadway shows. AND! NOW! A new one

PREVIEWS for my show STANDUPERA at the Hollywood Fringe are TOMORROW!

I'd like to offer PAY WHAT YOU CAN TICKETS.
Use coupon code LOVE at check out
http://www.hollywoodfringe.org/projects/2212
You can also just come on down, tickets will be available at the door; but there they will be $15!
Friday, June 5th, 8:30 pm
doors at 8:15,
we start at 8:30 sharp
there is parking in the lot, or at the Target lot two blocks north, so give yourself a little bit of extra time just in case you need to walk a few blocks.
They do sell booze.
The Other Space
at
The Actors Company
916 N Formosa Ave
Los Angeles CA 90046

It's a comedy, a multimedia extravaganza with stand up, characters, story, and.... opera!
I know you hate opera, but this show is maybe going to change your tune.... (see what I did there?) ;-p


STANDUPERA!
At the Hollywood Fringe:
http://www.hollywoodfringe.org/projects/2212
Posted by Erin at 10:26 AM