ANNOUNCEMENT: ALABAMA SNAKE, coming to HBO later this year... and I'm in it!

A brief pause on writing about Henry to let you all know that....

I am so excited that I can finally announce this!

Last summer I had a major role in the HBO film, ALABAMA SNAKE, coming soon! 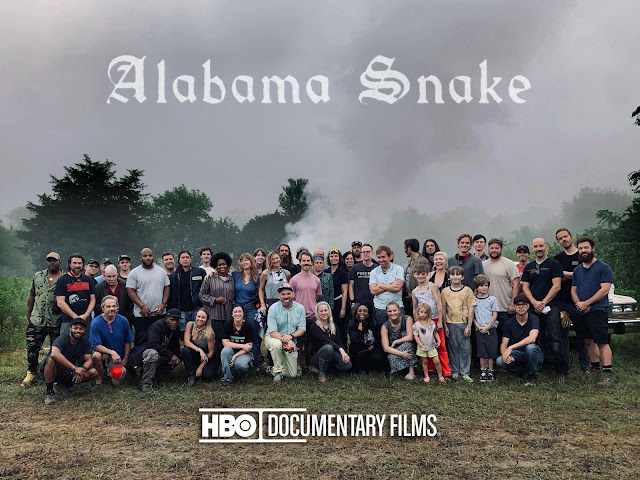 Somehow, I'm not in this picture. Eek! But when you see the movie, you won't miss me!

Hint: I played a role that may or may not have been the antagonist. Or was I a protagonist? As Hamlet said, "nothing is either good or bad, only thinking makes it so." But this story, in which I played a real person, will make you wonder: just who was the real snake in this story? 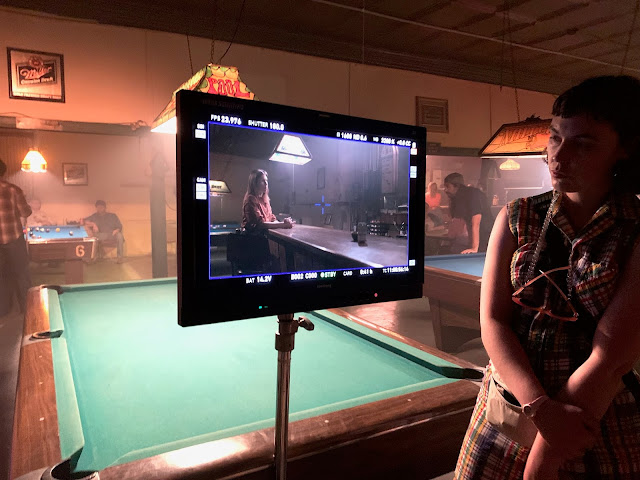 Coming to screens near you a little later this year.

ALABAMA SNAKE, directed by Theo Love and produced by Bryan Storkel, explores the story of Oct. 4, 1991, when a violent crime was reported in the town of Scottsboro, Alabama.

Glenn Summerford, a Pentecostal minister, was accused of attempting to murder his wife with a rattlesnake. The details of the investigation and the trial that followed has “haunted Southern Appalachia for decades.”

We filmed last year on location and I just loved Alabama. It was beautiful: at night, full of fireflies and magic. Everyone I talked with- and I talked with everyone, basically- was so very nice. I learned a lot about Pentecostal Christians, a world I hadn't known much about before, but could see parallels with some of the more ecstatic kundalini yoga groups I've stayed with in ashrams in India. 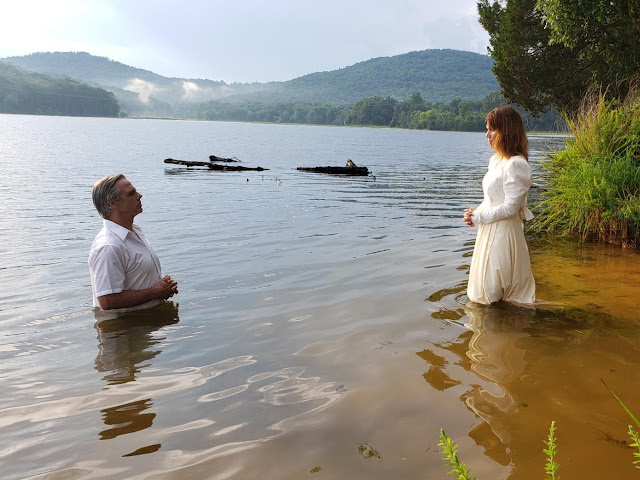 I also spent some time at the Scottsboro Boys Museum, delving into something I studied in high school but which I was soberly reminded of in person. It's a shameful piece of our US history that should be preserved and understood... and it saddens me that we are only a few steps beyond that. Black Lives Matter!

But back to the film. It was a great set. My fellow cast & crew were beyond excellent. I'd love to shout out to everyone individually... but then I'd basically just have to give a list of cast and crew as if it were a ship manifest or something. Still, you’re going to LOVE the makeup on this, and I truly miss a few of my wardrobe pieces that I grew oddly fond of. PUFFED SLEEVES! 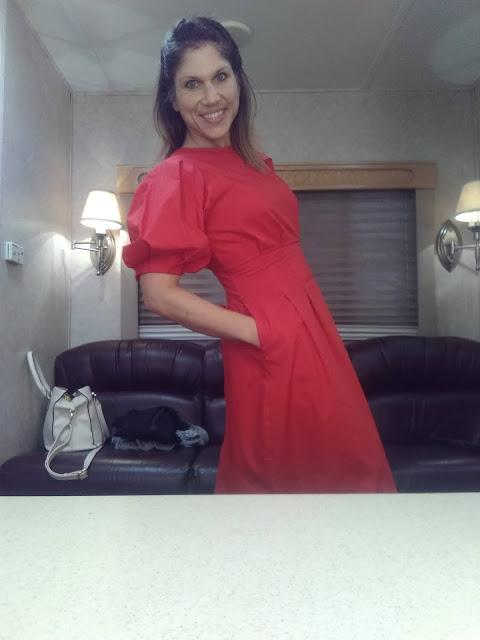 Also, my inner adrenaline junkie got a HELLA lotta fixes. I can’t give away too many details yet, but let’s just say that not only did I do some stunts… and learned I can survive certain “enhanced interrogation tactics”… (OH, I LOVED IT, SO DON’T WORRY IF YOU’RE READING THIS, HBO.) But I also got to work with ANIMAL actors… You all know I love animals. Some of which are named in the title. Only after wrapping on my fellow serpentine talent did one of the snake handlers approach me to tell me I was “a very brave woman.” It was at that moment that I wondered to myself, “Am I brave? Or stupid?” Since I survived, I’ll pick brave! 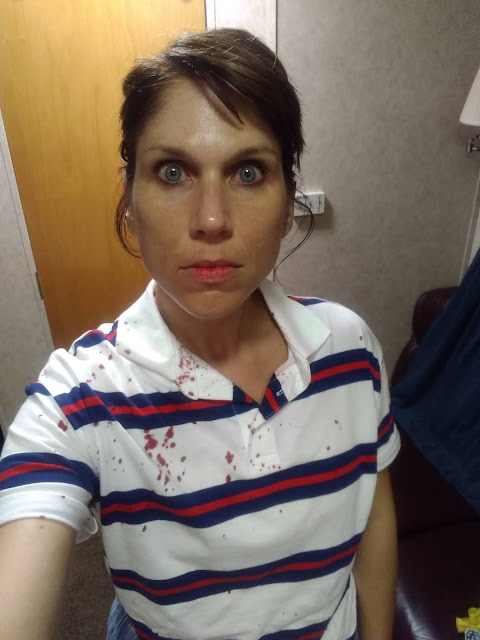 Truly, I had 100% faith in the project! As you can tell, I’m very proud of this film and my part in it. I cannot wait for you all to see this beautiful, creepy, Southern Gothic exploration of religion and crime.

I'll share some more pics when I can. And certainly I'll share more details when the time is right.

"Here's to Life" as sung by Erin Carere