As I pulled off the freeway this morning I saw a man with a sign: "Homeless. Hungry." So I gave him my $1 and as I handed it to him, I said, "Here you go, brother. Good luck." He said, "Thanks. It's embarrasin' standin' out here." "No it isn't," I said, "we're all in this together." As I drove away one of my favorite songs came on, http://www.youtube.com/watch?v=xKd4yLVARkQ
, and I thought about what I just said and I wanted to go back and take him to yoga with me and give him a hundred bucks, which is the last of what's left in all my bank accounts, but I couldn't because, well, because.... well I just didn't. So I came home to post all my honest red-...faced lack of humanity here, and listened to Tom Waits tell a story about this song and let it inspire me to be here anyway. I had an old caddie once. It was a black 1990 Fleetwood and it had tinted windows and people were always shocked to see this tiny white girl jump out of it when I went anywhere. I got it because my ex boyfriend's cousin needed bail money and I needed a car. And so this song reminds me of so many things, most of all my humanity. And here I am. And I still believe we're all in this together and I still love you. All of you. Me too.

Thank god.I have been SAVED from impending social suicide.

Stuck for hours at the VW service shop, I have been forced to watch the Today show and suffered hyperventilation because of the attack on my nervous system from the stupidity of what is passing for morning news. I know I am a horrible snob but..... and I LIKE the anchors and the crew on the Today show. Like, I would like to have coffee with them. But I don't care if Jessica is flashing a ruby ring a week after Nick announced his engagement. I mean, I am happy for them! Does everyone have to be a snarky bitch on TV? Can't we have some joy and tenderness along WITH the snarky-ness? And it isn't even really funny snarky-ness, it's like this mild version of 8th grade without all the crying (because a show of real emotion would be scary. God forbid anyone feel their feelings....) . My peer group that I hung around with in Sauk Rapids was snarkier and smarter and funnier and sexier than these folks. Just who are we/they trying to please anyway? By trying to appeal to everybody they lose any... anything.... at all.

In short, I feel insulted...

Next, still stuck here, I have been forced to watch Access Hollywood and ...

....one of my FAVES, Dita Von Teese, is talking about how proud she is to be one of our BEST STRIP TEASE PERFORMERS of modern times. What an AMAZING woman. Ladies and gentleman, Dita, the Le Cirque Girls, modern day burlesquers, Jessica Rabbit, me... we're not bad.... we just live in a community that has had all womanliness and sensuality almost thoroughly suffocated out of it!! DITA IS TEACHING THEM TO STRIP TEASE! Makes me so happy to be alive.

These opinions are TOTALLY mine and in no way are representative of VW and its affiliates. However, VW is ultimately a German company, and I can safely say, having dated a German, they probably approve.﻿

Thank god for real people, real men and real women, and I do include absolutely EVERYONE on these shows that I think are an insult to our modicums of intelligence and ability to choose for ourselves, 'cause ultimately, we all think we're people, right?

And thank god for the striptease. (See more on my blogs from the Le Cirque Rouge days for that information.)

Love ya and your big red lips and your false eyelashes!

I dreamed Bob Dylan invited me to play "K-15" for a dinner party. Later the party all received spa-style seaweed wraps.

During the dream I couldn't remember the lyrics to verse two at first, until EVERYONE at the dinner party started it off for me.... It was pretty wild. Then, I went back to give Dylan a massage and we took a nap on the shores of the beach outside his home in Croatia. (!? I don't know. Look. We were both born in Minnesota.) When I got home, the layout of my website had been hacked into and changed by his cohort and now featured cartoon versions of me and Bob playing a Zelda- like video game.

First, I know your secrets

Second, I know you lie to everybody

Oh, now, I shall immortalize you

is that unfair of me?

I see your mouth has my figs in it

I see your hands are empty

I see the fear in your eyes, baby

you’re starin’ right at me

Let’s not bear bones to the world, baby

do you really wanna be my slave

you’re movin’ where you’re not welome

you think I’m so quick to cave

First, I know your secrets

Second, I know you lie to everybody

My famous heart, that’s what you wanted

I shall immortalize you presently

Weren’t you the one who held me all through the night?

Secretly hiding your intent to terrorize

Still just a girl, I learned to hide behind these eyes

Give back my life, dear captor, don’t I have a right

poetry abounds. here's one i wrote in my head in class today:


empty and clear, a hollow vessel; homeless as a shooting star,

this has meaning and i say, it may,

but don't get caught in the web of your thoughts.

just let it, this love, let it/ open you.

who cares who outdrew whom? just.

be one with that star that is you,

deep into this sea,

the blue of my eyes.

love all around you. 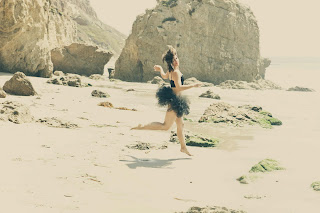 So I woke up this morning feeling REAL Bad Ass.

(Alongside deeply poetic, it's my other default state of existence.)

That is, until I tripped and fell over my too-long yoga pants in front of a city bus on Crescent Heights and Sunset....

Paying no mind, I laughed, dusted myself off, waved to the cheering boys in the car behind the bus, and relaxed into a great soundtrack, starting with "Cruel" by CALEXICO (<3 <3 <3) http://www.youtube.com/watch?v=8t46dvudrp8.

While I was running, Soul Coughing's "Blue Eyed Devil" came on and I had to laugh, because I had just been telling the drummer last night at Cabaret Idol, @Kevin.Widener1 about the time my sensitive pony-tail haired boyfriend had dumped me via mix-tape (CD). That sweet, sensitive, Jeff Buckley, Tori Amos lovin' son of a Preacher Man (AND Woman) has been coming up a lot lately in conversation, and I believe THAT song, Blue Eyed Devil, was the first on the official/ unofficial "You Make Me Hate Myself And Oh By The Way I'm Breaking Up With You" CD. (Well, come on, we were 20, and addicted to love, and we got back together the next weekend anyway before breaking up again and then getting back together and etc.) i was laughing with Kevin last night explaining how I used to have these dramatic relationships and he said in mock surprise: "Yoooooou? No......" Funny how much a person can get to know you when they play drums for you.

Then, about the time that the New Standards version of "Watching the Detectives" came on iPod, http://www.youtube.com/watch?v=XLtNCcMG1Mw , I looked "up" from my run and realized I had no idea where I was. None. Zero. Nunya.

So... lost in the hills.... somewhere.... I started running and soon found myself coming out on Nichols Canyon, which I then took down to Hollywood.

At this point, Cesaria Evora popped up on the playlist: http://www.youtube.com/watch?v=JmDLZORG6Cg ~ Carnaval de Sao Vicente~ well, god made me womanly for a reason, and I could not help but swing my hips.... and when I got to the stoplight, I looked over to see this GORGEOUS cutie hunky mcHUNKerson I have seen twice now in his Saab..... he was smiling at me, but smiling at me in that, "Oh, look at that sweet retarded girl" kind of way.... I looked down and realized why.... I had tucked my too-long yoga pants into my socks and was wearing a (I'm not kidding) teddy bear with a heart sweatshirt. (What. I need to do laundry.) Sigh.

And then, as he drove away, I realized that if I had ANY brains, I would have tripped and fell in front of his car, so that as he ran out of his car to see how he could help, I could pull of my sunglasses- just so- and take off my golf cap and undo my ponytail and hopefully not be TOTALLY BRIGHT RED in the face and sweating and panting and he would say, in his cute little horn-rimmed glasses- "Hi. You okay?" And I would smile and say, "Um, maybe.... I think I'd feel better if you took me to get some coffee..."

And I still feel Bad Ass. 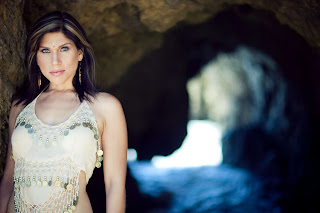