On Monday, June 22nd, Henry passed from this Earth to the next.

Henry was not just a dog, as so many of you know. He was a magical little dog, my child and friend, curious and hilarious. He was a part of so many people's lives. Sometimes people would stop us on the street and say, "Henry!" This happened in every neighborhood we've lived in, three altogether. 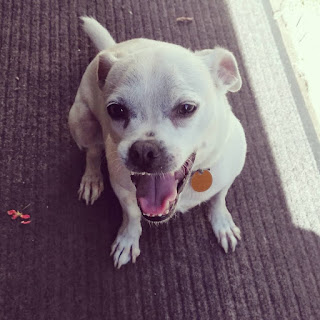 There were so many Henrys, all wrapped up in one loving, affectionate, often macho, tough boy street kid Romeo package. He loved the ladies, wearing neckerchiefs and bowties, and wrestling. He also loved cuddling and playing and was totally my baby. He would never back down from a fight but I never saw him start one.

He loved eating. He would eat anything and everything. Except lettuce. He hated lettuce. It was thanks to him eating one of those orange seed pods that fall from palm trees and ending up in the hospital that I finally bought dog insurance for him. I am now so grateful for that stupid seed pod getting lodged in his digestive tract.

Henry fought cancer for a long time. They gave us 4-6 weeks, he went on for ten months. I was able to do chemo for him thanks to insurance and frankly, the help of a couple of really loving friends who gave us money when we had none. Henry never whined or cried about chemo. Even when his body was overcome with tumors that made it hard to walk, he would try to meet me at the door and wag his tail. He would still shake for a treat.

I would be remiss if I didn't add that his oncologist was incredible. Dr. Piero and all the staff at MASH helped beyond words. And in typical Henry magic, the Metropolitan Animal Specialty Hospital was located in what was formerly a theater- the very place Carlo and I had our first date.

Carlo posted yesterday that his favorite thing about Henry was that, when we would kiss and hug, Henry would come kiss our legs and want to be a part of the love. And he was. He made us a family. 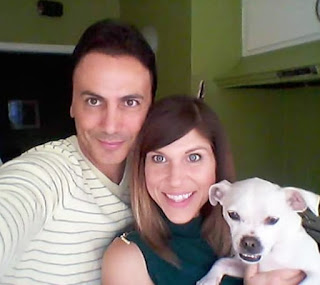 There are a million favorite things about Henry for me. If he wanted your attention he would poke you with his nose. He would sit on my lap while playing the piano but would bark at my guitar. He would run crazy eights in the yard up until he was too sick to do it. He was always down for an adventure. And he was with me during a few weird moments in life, alerting me to danger. Keeping me safe even if he was only 15 pounds.

When I first met Henry, it was because my friends Dale and Star had adopted his brother. Dale told me about Henry and I just had a feeling. I just knew. Henry was my boy. He brought me so much joy over the years. 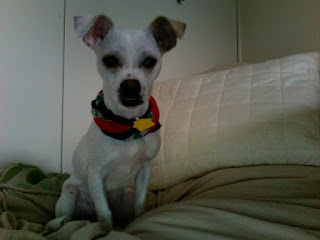 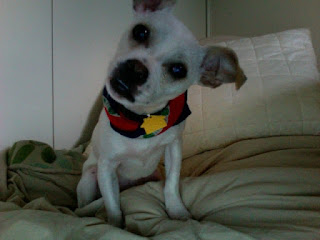 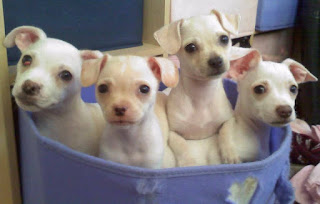 Even in his final moments in my arms Henry kissed us and smiled at me- one of his nicknames was Smiler Boy because he smiled a lot!- what a buddy. The best buddy ever.

So, I think I'm going to end my tribute here for now. Over the next few weeks I will write a series of blogs about his cancer treatment because I know some friends who went through it before me really gave me so much good advice and help. Maybe I can help share my experience, too. For now this is all I can do.

My heart is broken, but in honor of Henry, it has broken open. I have so much love for the world and for all of you and for all who suffer and all who laugh and all who love treats. May you all experience the unconditional love that maybe none of us deserve but that our beautiful fur babies can give.

RIP Henry, fka Elvis, fka Bowie, aka Henry Muppet the Monster, aka Henry Harmon Muir, aka Henri, aka Enrique, aka Hank, aka Baby Henry, aka Monkey Boy, aka Smiler Boy, aka My Buddy. 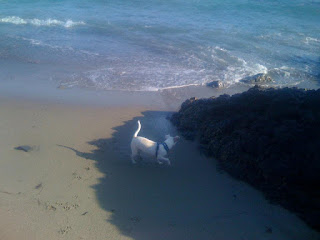 I'm excited to share an episode of the CoVid 19 inspired/ filmable sci-fi YouTube series, MEM39, in which Carlo and I appeared recently.

Written by Andrea Careri, MEM 39 is about a global pandemic in the near future (2039, to be precise) in which a virus is causing most everyone who catches it to lose all their memories.

You can watch our episode here: